Steeped in history, Ellicott City, Maryland, is an unincorporated town nestled inside the Baltimore area. Ellicott City is the site of the oldest operating train station in the U.S., and the downtown Ellicott City Historic District rests between the Tiber and Patapsco rivers. Its location provides opportunities for sightseeing, fishing, and other water sports. The 2015 population estimate places the number at almost 71,000 people, a growth of around 1,000 people a year since 2010.

Despite the community's relatively small size, residents can enjoy some big-city flavor. The Baltimore metro area has more than 2.7 million residents and one of the highest median household incomes in the country. That combination provides some great opportunities for workers and entrepreneurs, as well as some wonderful entertainment options — all this in addition to the natural beauty of the scene.

But do these potential virtues make the city a good place to live? The best way to determine the suitability of a new home is advance research. There are many things to consider, including the cost of living, job market, entertainment scene, and educational infrastructures. Here are a few things to contemplate before moving to Ellicott City.

Cost of Living in Ellicott City

As you might expect from its location near Washington, D.C., the cost of living in Ellicott City is a bit higher than normal. Using a scale where 100.00 represents the cost level of the typical U.S. city, Ellicott City scores 147.8. That means it would take about $148 to purchase the same amount of goods and services as $100 in the typical community. Of course, this rate does not impact every resident equally, as lifestyle and habits can save or cost additional money.

Overall grocery costs are generally about 7.7% higher in Ellicott City than is typical for the nation. This cost level is fairly close to those related to utilities and transportation costs, both being 8.5% more expensive. Miscellaneous costs such as repairs and clothing will ordinarily cost about 19.4% higher. However, residents actually save money in health care costs, with them being 7.8% more affordable than average.

More information about cost of living in Ellicott City:

In part because of the proximity to the nation's capital, Ellicott City has more large company headquarters than would be assumed for an area under 100,000 people. Lorien Health Services is one of the largest private employers in the area with 750 employees. The company reaches annual revenues of about $175 million providing nursing, rehabilitation, and assisted living support for seniors. Howard Bank is another locally grown business that was created within Ellicott City in 2004. They are a full-service commercial financial group with almost 300 people on staff.

Lovers of baked goods in Maryland likely have Wilkins Rogers Mills to thank. This company has provided flour and cornmeal products to local bakeries and food-service companies for more than a century. They currently employ about 175 people and boast profits of $300 million a year. Those working in car repair or sales may find a career with O'Donnell Honda. The small car company has about $5.5 million in yearly sales with 45 people on staff.

Educational professionals will find several opportunities for positions within this field. The largest employer in the city is Howard County Public School System. With more than 8,400 employees, they provide education for students within Howard County, Maryland. Glenelg Country School is another option, providing private education for preschool through high school levels. Established in 1954, Glenelg achieves revenues of about $30 million a year.

These are just the major employers with offices in Ellicott City. A significant number of residents commute to positions in other communities in the Baltimore metro area.

Popular Industries in the Area

Like most communities, Ellicott City residents work in a wide variety of fields. However, more than half of all workers are focused on four industries. Around 19.6% of people work in professional, scientific, and technical services. Health care and social assistance staff make up about 13.5% of those employed, about 5,000 people. Providing education for inquiring minds is important work in this city, occupying 12.7% of the workforce.

Rounding out the top four, about 3,635 people work in some kind of public administration field. This is about 9.82% of the working population.

More information about finding a job in Ellicott City:

Things to Do in Ellicott City 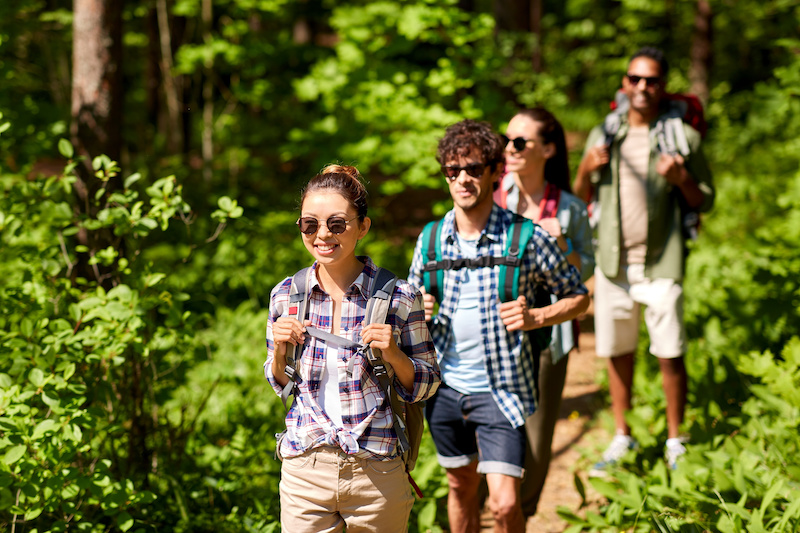 Residents and visitors alike will find no shortage of things to do and activities for occupying time and thrilling the mind. The community is filled with historical landmarks, public parks, tourist attractions, and more. With just a little research, almost anyone can find fun ways to pass the weekend or clubs to fill free time.

The Ellicott City Firehouse Museum provides visitors with a history lesson through a great set of model railroad memorabilia. Those drawn to the supernatural side may prefer visiting yesteryear through one of the many Howard County Ghost Tours. With a little exploration, residents can find activities and attractions they never knew they enjoyed.

Despite the metro area having almost three million residents, there are still many green spaces for outdoor lovers. Fresh air is often one of the most underappreciated aspects of learning to relax. Patapsco Valley State Park offers more than 30 miles of greenery along the Patapsco River, featuring a total of eight developed recreational areas within more than 16,000 acres. Visitors can enjoy hiking, fishing, camping, and horseback riding over more than 200 miles of trails.

Clark's Elioak Farm is fresh air fun of a different kind, including a walk down a trail in the Enchanted Forest. The area features a petting farm, pony rides, a cow train ride, and a pumpkin patch in the fall.

They say you can tell a lot about a community by what its people eat and drink. Brews and meals are as much a part of human life as any other cultural element. For craft beers and menus featuring locally grown ingredients, check out the Manor Hill Tavern and Brewery. Try the Citra Spendor IPA or the Farm Fuzz wheat beer, along with an order of Brussels sprouts covered in buffalo sauce and blue cheese crumbles.

The White Oak Tavern is another place for drinks and good food. Start with a cheese board and a plate of smoked chicken wings and finish with an eggplant Parmesan sub or a chicken cheesesteak.

Things don't have to end with the daylight. Ellicott City offers several late-night gathering places to melt away the stress of the day. Visit the Judge's Bench for the largest collection of single malt whiskies in the state, along with more than 100 different beers. The kitchen also makes a variety of quick meals like vegan burgers and flatbread cheese pizza.

Dance the night away at the Mosaic Nightclub inside the Power Plant Live. The club features DJs and a high-energy environment full of the hottest music for dancing and an outdoor patio for relaxing conversations. When you're searching for something new, take a stroll around the Power Plant Live community for more restaurants, bars, and entertainment. 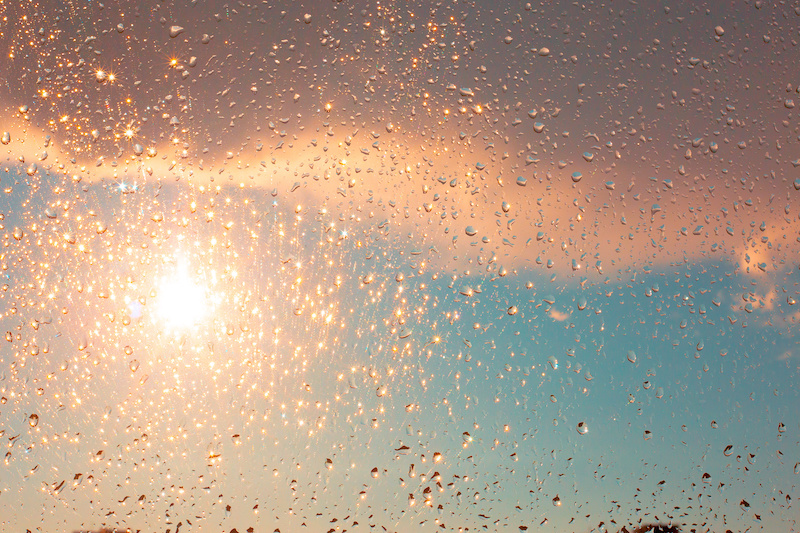 Ellicott City's climate is fairly average for communities within the U.S., getting more rain but less snow than the typical town. The annual average rainfall for the city is 45 inches, which is seven more than the national average. However, the community only gets 18 inches of snow each year, compared to the nationwide standard of 28 inches. The sun shines 206 days out of each year, similar to the 205 U.S. norm.

The hottest month of the year is July, with temperatures reaching 88 ºF. The coldest month is January, with overnight lows dropping to 24 ºF. Anyone considering visiting would do well to travel during May, June, or September. These months provide the best combination of mild temperatures and sunny weather.

More information about the climate in Ellicott City:

Despite Ellicott City's smaller size, the average commute among residents is 30.7 minutes. That's longer than the U.S. average of 26.4 minutes, likely because so many people work outside the city limits. However, almost half the population travels less than 24 minutes one-way. The community is overwhelmingly an auto culture, with 83.1% of all commuters driving to work alone. Only 7% carpool, and another 2% use mass transportation.

Commuting and parking within Ellicott City are usually painless. The city is full of free parking spaces, in addition to those that require visiting a specific organization. However, commute times outside the city can occasionally be accompanied by delays. Driving from Ellicott City to Baltimore will take about 22 minutes during the best traffic but can take as long as 45 minutes during the evening rush. Traveling to Washington, D.C. takes just over an hour in low traffic, but the commute home from work may add another half hour.

There are two main east to west highways going through the community, I-70 and U.S. Route 40. Both move through the northern edge of the city and can serve as backups. In a pinch, Frederick Rd / Main St and Maryland Route 99 / Rogers Ave will cover the same ground in the case of highway delays.

U.S. Route 29 is the fastest way to go north to south, with the highway branching off to Maryland Route 100 towards the south. St Johns Ln, Centennial Ln, and Bethany Ln are all options for traveling a similar path.

Although most of the people within Ellicott City drive their own cars, public transportation is available. The Regional Transportation Agency of Central Maryland manages 15 routes through several counties within the state. Fares begin at $2 per ride or 10 rides for $15. Commuters looking to shave a few miles off their drive can utilize the network of park-and-rides managed by the Maryland Transit Administration. Each one-way trip will cost about $1.90 at full fare, but frequent users can purchase seven-day passes for $21.

Finally, those commuting to Baltimore or Washington, D.C., can use the Maryland Area Regional Commuter train. The line stops at five places within Howard County and travels to the farther away places for between about $5 and $13. The actual cost is linked to the distance traveled per trip. 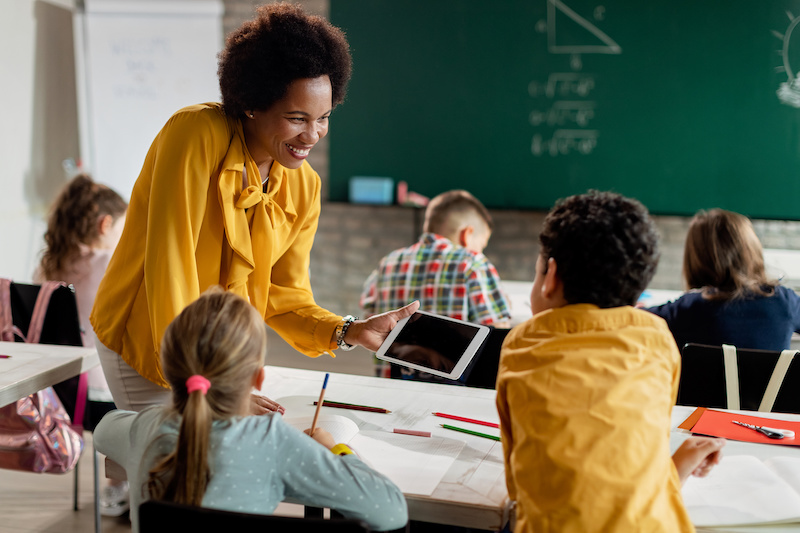 Two main public school districts serve the area, although only Howard County Public Schools directly serves Ellicott City. The district manages 77 schools and a total of about 57,900 students. In addition to three education centers, there are 42 elementary schools, 20 middle schools, and 12 high schools. The district does not currently manage any charter schools. Of the total staff, around 4,750 are teachers providing direct instruction.

As for higher education, there are no universities or colleges in Ellicott City, but Howard Community College is located about six miles away in Columbia, Maryland. The school has about 35,360 students and around 1,350 academic staff.

Ellicott City offers new residents a great mix of historical intrigue and modern flavor. Those interested in moving to the Baltimore, Maryland, metro area would do well to consider this their new home, whether they're looking for a home in an Ellicott City 55+ adult community, a condo in downtown Ellicott City, or an Ellicott City new construction home.