Most Affordable Neighborhoods in Ellicott City 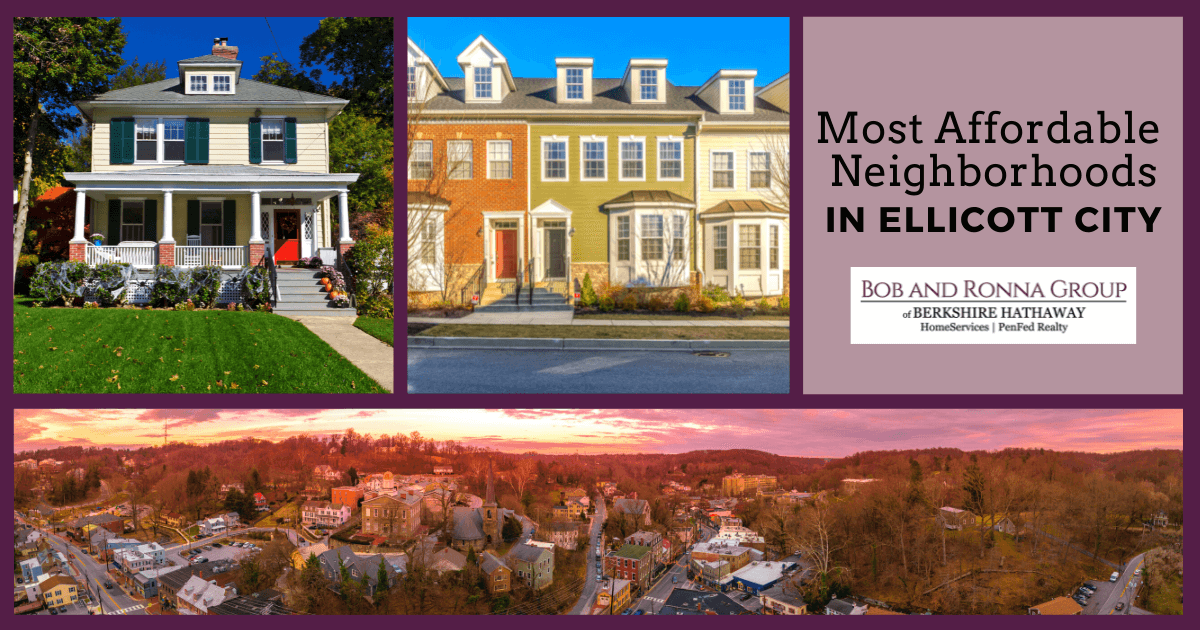 Ellicott City is an unincorporated suburban community and the county seat of Howard County, Maryland. Its population is about 70,000 people, and it is located about 13 miles from Baltimore and 37 miles from Washington, D.C.

John, Joseph, and Andrew Ellicott founded the now 30-square-mile community and built it on seven hills. Its historic district, nestled in the Tiber and Patapsco River valleys, contains the oldest surviving train station in the United States. The station, which was built in 1830, served as the original terminus of the B&O rail lines. In 2018, Money Magazine listed Ellicott City as one of the best places to live in the United States.

With all these wonderful qualities, it's no wonder that people continue to buy new construction homes in Ellicott City. One of the biggest draws is the fact that people can find a home with excellent amenities that doesn't exceed their budgets. Read on to learn about the most affordable neighborhoods in Ellicott City.

The Villages of Montgomery Run community is a neighborhood of condominiums cradled between Route 108 and Route 100. The Baltimore Sun has called this neighborhood a hidden gem. Housing prices here typically range in the low- to mid- 200s. The floor plans of these condos can be up to 1,100 square feet and have two or three bedrooms.

The community is located next to a shopping center that contains a Starbucks, Coldstone Creamery, and RegionAle, which sells sandwiches and craft beers. The neighborhood also is only a few minutes away from several restaurants on Route 108, including Tino's Italian Bistro and the Periodic Table Restaurant and Bar. The Mall at Columbia, which features more than 200 stores and restaurants, is about 12 minutes away. Eight minutes away, the Long Gate Shopping Center is home to various national chain stores, including a grocery store, book store, restaurants, and clothing retailers.

The Woodland Village neighborhood is a community of Ellicott City condos and townhomes near Routes 100 and 173 and Interstate 95. It runs alongside Deep Run, a tributary of the Patapsco River, on its west and bordered by Meadowridge Road. The homes were built in the 1990s, with prices that range between $270,000 and $400,000.

Residents of Woodland Village can participate in a variety of annual activities organized by the homeowners' association. These include a pool party and a yard sale. Victoria Gastropub is about six minutes away in the nearby town of Columbia. The Mall at Columbia is less than 15 minutes away. A public golf course, the Timbers at Troy, is a seven-minute drive from the neighborhood.

The Village Crest at Taylor Village neighborhood consists of 406 mid-rise condos and attached villa houses within the master-planned community of Taylor Village. Village Crest offers 55+ adult community homes in Ellicott Village. The homes were built between 2005 and 2010. The condos range from 1,330 square feet to 1,574 square feet and have elevator access and a private patio/balcony. The villa homes are offer about 2,100 square feet of living space, including a first-floor primary suite and basement.

The Dorsey's Search community has been developing residences since 1981. It lies along Columbia Road near U.S. 29 and is bisected by Route 108. A neighborhood of about 7,500 people, it features a variety of home types, including single-family detached, condos, and townhomes, and prices range from about $180,000 to $600,000. The homes are spread over a variety of subdivisions.

The Dorsey's Search Village Center features a Giant Food supermarket, Trattoria Amore, Pipilinka Peruvian Charbroiled Chicken, Casey's Coffee, Yama Sushi. and several other shops and services. The neighborhood also is only seven minutes from the Mall at Columbia and the Long Gate Shopping Center. Dorsey's Search residents love living close to many of the most fun things to do in Ellicott City.

Ellicott City, located between Washington, D.C. and Baltimore, offers excellent recreational opportunities through its many local and state parks. Founded in 1772, its Historic Ellicott City offers antiques, crafts, and historic homes. Outside its Historic District, the community offers vibrant, modern living with shopping and restaurants. Although the cost of living in Ellicott City is higher than the national average, living here doesn't have to break the bank. Thanks to the many affordable neighborhoods, there's a property in Ellicott City to match almost anyone's budget.