What Is a Cape Cod House? 4 Traits of Cape Cod Style Homes 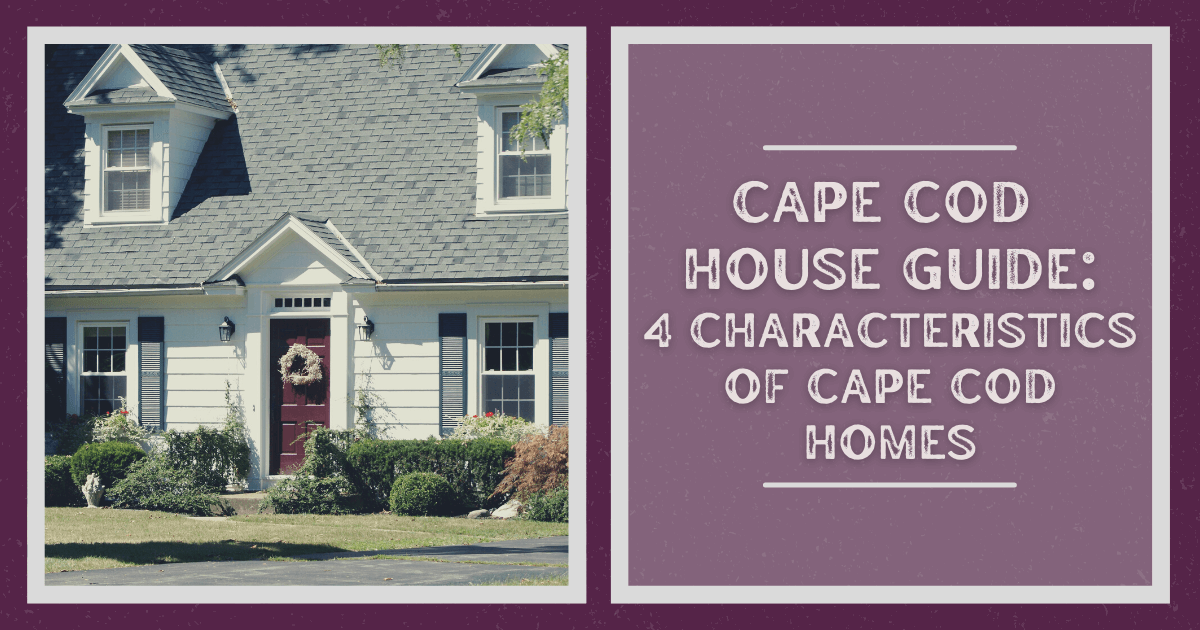 This home style has been around for hundreds of years, and Cape Cod-style homes are one of the most recognizable types of houses in America. These homes have a universal appeal, and variations in the style can range from idyllic cottages to sleek and modern masterpieces. Keep reading for a closer look at the "Cape Cod" if you're thinking of purchasing one of these American classics.

Variants of the Cape Cod Style

The variants of the Cape Cod style are quarter-, half-, three-quarter, and full Cape Cods. Tiny quarter-Cape Cods are extremely rare. The front facade consists of the front door and one bay window. A half-Cape has the front door situated on one side of the house, with two bay windows on the other side.

What Influenced the Cape Cod Style?

The second style is the Colonial Revival Cape Cod, which became extremely popular in the 20th century. The Revival-style houses were full-sized Cape Cods and had window shutters, clapboard roofs, and more open floor plans. The standard Revival was usually painted white.

Cape Cod houses had been built throughout New England and Long Island by 1740. By 1830, these homes were being built as far away as the Ohio Valley and Michigan. As Cape Cods spread across the country, regional variants started to appear, such as gambrel and bowed roofs for more headroom and dormers for more light in the loft space. Greek Revival touches were added to the homes in the early 19th century. 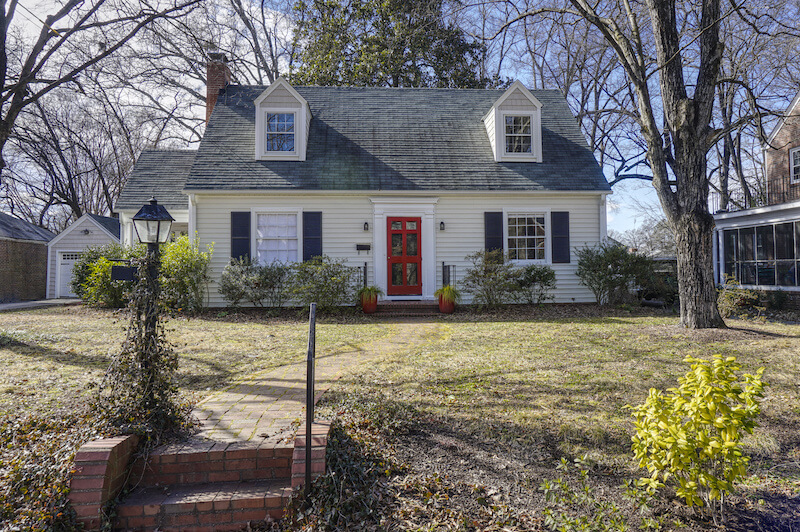 Cape Cod is a traditional American architecture style, and one of the first exterior features everyone notices about these homes is the perfectly symmetrical facade. The front door to the home is centered, and multi-paned, double-hung windows are spaced equidistantly on opposite sides of the home. The rectangular shape and smooth, geometric lines make the whole package visually appealing. The windows are accented with decorative shutters, and there are usually matching sidelights bordering the front door.

The steep gabled roof on Cape Cod homes is not just visually appealing; it had a very practical use in New England. Snow and ice removal during the winter months is easier due to the slope of the roof. Dormers—the paired windows that protrude from the roof—are another distinctive feature. In addition, a big, centralized chimney was a major feature of the original Cape Cods. The homes would have several fireplaces, which all fed into a single chimney. This allowed the entire home to be heated during the cold New England winters.

The roof and sides of Cape Cod homes are typically covered with clapboards or cedar shake shingles. These are a low-maintenance alternative to modern home siding and protect the house from harsh weather. The cozy size of a Cape Cod-style home allowed people to purchase one affordably and expand onto the home later.

The interior of most Cape Cod homes is just as streamlined and symmetrical as the exterior. The centralized front door usually opens into a hallway that leads to the grand room (living room), and French doors in the rear of the house lead to the patio. The fireplace in the grand room is the centralized hub of the home. The hallway from the front door splits the home into two equal, symmetrical sections. The grand room will be near the front of the Cape Cod-style house, with the kitchen toward the rear. The floor plans are usually square or rectangular in shape, with the grand room, kitchen, dining room, and bathroom on the ground floor. Wainscoting is typically applied to the interior walls to prevent moisture and humidity buildup during the summer months. A traditional Cape Cod home also tends to have low ceilings, although more modern variations now have higher ceilings. When decorating a Cape Cod-style home, homeowners often lean into the simple, rustic-feeling, and coastal atmosphere these homes tend to lend themselves to.

The Cape Cod Style is an American Classic

Cape Cod-style homes are not going away anytime soon. There's something about the idyllic appearance of the homes that offers universal appeal for prospective homeowners. A country cottage with a white picket fence gives the sense of pastoral living, even in an urban setting. The "Cape Cod" is truly an American classic, and this popular style of house will be around for many years to come. Be sure to check out neighborhoods with Cape Cod-style homes if this style has caught your eye as a potential new home.