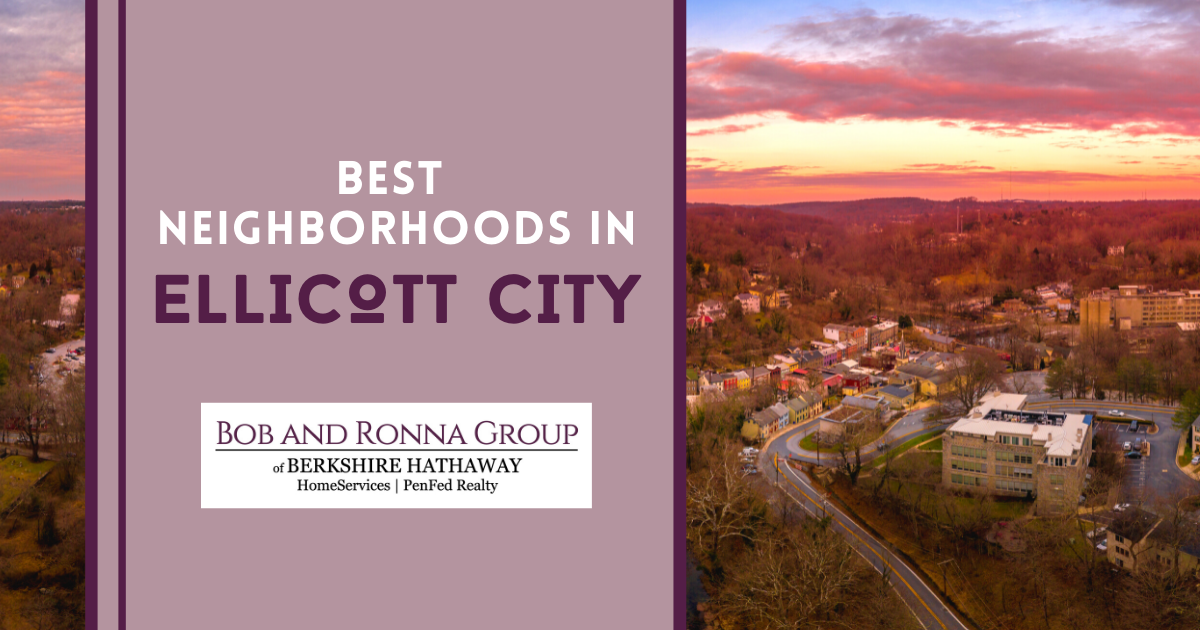 Ellicott City, Maryland, has been around since 1772 and is considered a suburb of the Baltimore area. Around 72,000 people live in various neighborhoods with access to the bustling downtown area called the Ellicott City Historic District. Some of the residents there call the city "E.C." or "Old Ellicott" with great affection. Many people like to live in this area of Maryland because it's a short drive or commute to downtown Baltimore. The historic brick facades of Ellicott City townhomes intermingle with new homes in Ellicott City built in the 1990s and early 2000s.

If you're looking to move to Ellicott City, check out this list of some of the most popular neighborhoods to get you started.

Dunloggin is a community in Ellicott City that originated in 1952. It's named after an old local dairy farm, home to prestigious Holstein Friesian cows, regarded as one of the best dairy breeds in the world. Once the farm was sold to a development real estate firm from New York City in the 1950s, it became one of the first communities in Howard County. As a well-established neighborhood, most of the homes are larger, single-family properties. They feature the styles of ranch homes and Cape Cods, and some have at least an acre of land on their lots.

Trees line the streets and yards of each home in the area, so Dunloggin has a private and natural feel. The school system is part of the Howard County Public School System. Residents enjoy a quiet lifestyle in the neighborhood away from the larger streets, with winding roads and cul-de-sacs. The fact that the commute to downtown Baltimore is only about 30 minutes is also a positive feature of the community.

The Font Hill neighborhood was created in 1959 and features many large single-family homes. However, the history of Font Hill goes back to the 1700s, when Admiral Hammond built a plantation called Font Hill Manor. The building still exists today, but it has some additions that came along in the following centuries. Residents enjoy a historical atmosphere and large, luxurious lots.

The schools are part of the Howard County Public School System, and the sense of community is strong in Font Hill. The Font Hill Neighborhood Association is a volunteer-based organization that promotes goodwill throughout the community. For those commuting to downtown Baltimore each day for work, the drive time is around 29 minutes via Highway 70.

The community of Gray Rock Farm is one of the newer neighborhoods in the Ellicott City area. It's only been developed in earnest for residential properties since the 1980s and 1990s. However, the area itself has a long history mainly tied to the Gray Rock Farm, a working farm of 404 acres close to Font Hill Manor. Gray Rock Farm was created in 1813, and the farm home is a wooden structure with two stories. The house still stands today and is bordered by a cul-de-sac in a popular residential area.

A popular development that came about in the early 1990s features villa-style homes with stucco exteriors, balconies, and bay windows. Today's homeowners can feel the area's history reflected in the large, single-family homes in the neighborhood. The schools that children of the residents attend are all a part of the Howard County Public School System. For those who work in the downtown Baltimore area, the commute is about 30 minutes.

Valley Mede is a small community in the Ellicott City area. Residents of the 40-year-old neighborhood enjoy large lots and a secluded atmosphere. The town itself is bordered by Highway 70 and Route 29. The biggest influx of single-family homes came in the mid-90s when a developer constructed 200 properties there. Most were colonial-style, brick homes with lots of trees and greenery surrounding them.

Valley Mede is almost a perfect square. Children of residents attend the Howard County Public School System. For residents who need to commute to downtown Baltimore, the drive itself is easy with access to Highway 70. The drive only takes around 29 minutes, so it's an ideal location for commuters. Valley Mede has a civic association that hosts many events throughout the year, including a garden club and neighborhood picnics.

The community of Oak Hill Estates is a little older than some of the other neighborhoods in the area. The first homes were built in the 1960s, with many of them being quite large two-story homes made of brick. The entire community is shaped like a parallelogram that borders Old Annapolis Road and Woodland Road. Residents enjoy tree-lined streets that give it a suburban feel with a lot of open spaces.

There are many Ellicott City luxury homes in the neighborhood to choose from that start in the low $700,000s, but there are also more modestly priced townhomes starting in the $400,000s. The commute into Baltimore's downtown area is about a half-hour by car. The convenience of being right outside of Baltimore is why many people choose to live in Oak Hill Estates.

Montgomery Meadows is a neighborhood community created in the 1980s. The triangular-shaped community borders Waterloo Road and Route 103 to the north of town. The Deep Run is a tributary of the Patapsco River that goes for almost 12 miles and originates in the Montgomery Meadows area.

Some residents enjoy the attractive feature of having the Deep Run flowing through their backyards. For residents working in the downtown Baltimore area, the commute is one of the shortest for a suburb, averaging 24 minutes by car.

The Montgomery Meadows Home Owners Association was established in 1983 and takes pride in planning events that residents enjoy year-round, including a Labor Day Parade and Oktoberfest in the fall months.

Find Your Home in Ellicott City

When considering a home in the Ellicott City area, any one of these communities would be a great choice. They have all the benefits of a small-town atmosphere with access to the big-city amenities of the Baltimore area, and they also have plenty of things to do and places to enjoy right at home.