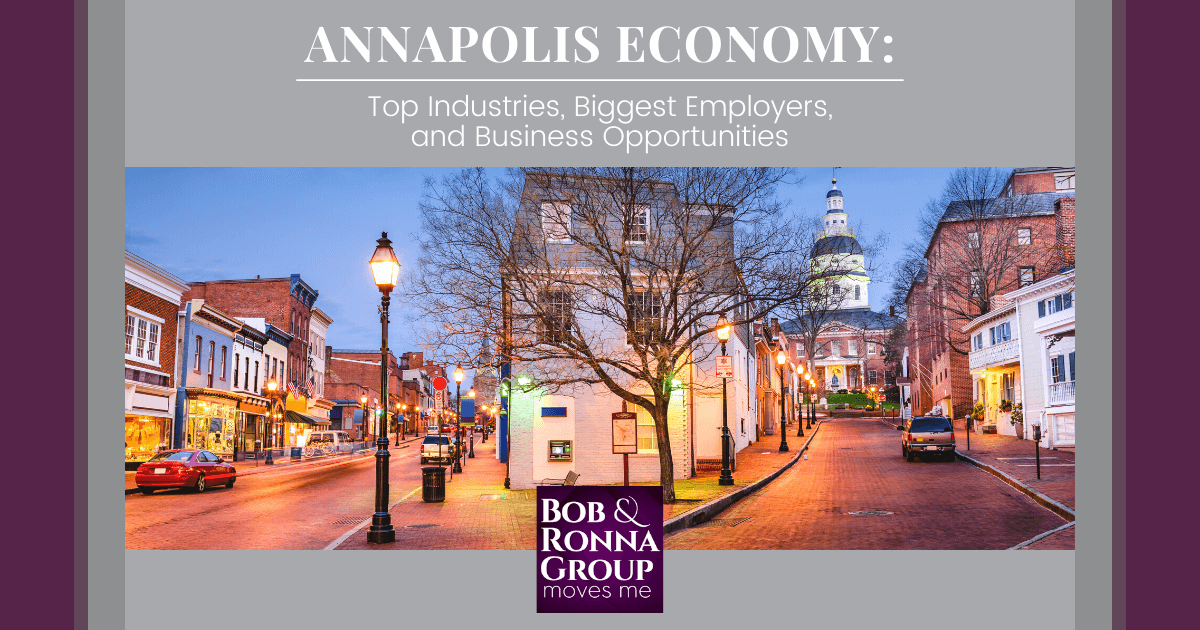 While economic factors are not the only ones to consider when choosing where to move, it's a good idea to understand the economic layout of an area before moving to a home in Annapolis. This knowledge can help make moving a smoother and easier process. Read on to learn about Annapolis' top industries, largest employers, and other details of the Annapolis economy.

As Maryland's coastal capital, Annapolis has cultivated a diverse economy with thriving maritime, cybersecurity, advanced technology, professional and business services, and tourism industries. As of 2019, the top industry sectors in Annapolis were the following:

With about two million tourists visiting Annapolis each year, the accommodation and food services industry is the city's largest, with around 2,700 employees. Annapolis' unique location on the Chesapeake Bay helps drive tourism in the area and provides fresh local seafood for the city's numerous restaurants.

Much of Annapolis' professional, scientific, and technical services industry focuses on financial and legal occupations. However, the sector also includes services like photography, advertising, and research.

With Washington, D.C., just 30 miles west and the Maryland State House located in the heart of Annapolis, it's no surprise that public administration is such a prominent industry in the Maryland capital. Annapolis is also the seat of Anne Arundel County, so county governance also takes place there.

Although the health care and social assistance industry is one of Annapolis' largest, the city has fewer workers in the industry than many other cities of similar size. That said, there are numerous health care centers and facilities within the city.

For educational services, many work in Annapolis' various public and private schools. Due to Annapolis' position on the coast and near the national capital, the United States Naval Academy calls the city home.

Annapolis, MD, does not depend on a single industry to survive but instead has multiple thriving industries fueling its economy. 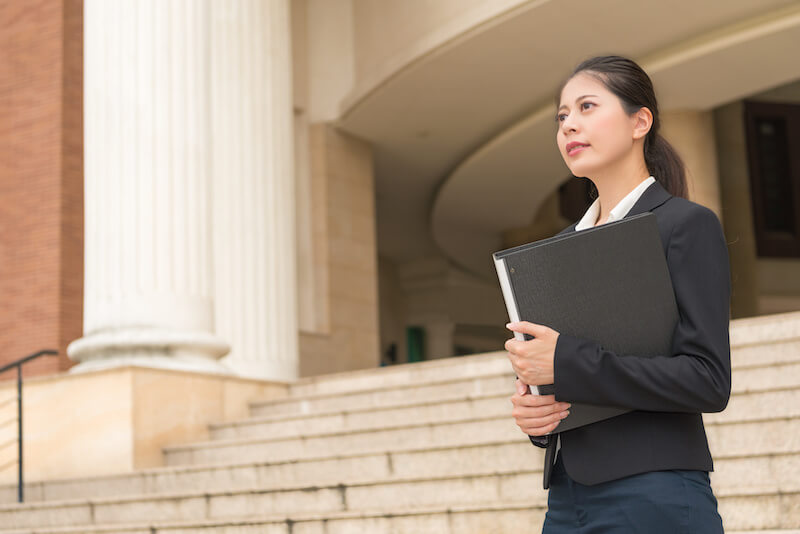 With so many working in public administration, it's no surprise Annapolis' top employers are various levels of government. The State of Maryland employs over 12,000 workers, the Anne Arundel County Government has nearly 5,200, and the City of Annapolis over 500.

Established in 1845, the United States Naval Academy is the undergraduate college for the U.S. Navy. Students at the Naval Academy can study numerous fields, including chemistry, history, mathematics, and various forms of engineering. Each year, around 1,000 midshipmen graduate from the Academy.

Meanwhile, the nearby St. John's College is one of the nation's oldest institutes of higher learning. First established in 1696 as King William's School, the college was renamed in 1784. The small school features a single Bachelor's Degree in Liberal Arts. This degree is equivalent to a double-major in Philosophy and the History of Science.

Although these companies are the largest employers in Annapolis, over 200 businesses in the city employ at least 100 workers, and there are many more employers with fewer employees.

Because the cost of living in Annapolis is significantly lower than living in the capital, many residents employed in Washington, D.C., choose to live in Annapolis and commute to work.

Annapolis, MD boasts higher than average salaries and a lower than average unemployment rate and sales tax. However, Annapolis residents pay a slightly higher income tax rate than in other parts of the country to help pay for local public services.

Annapolis' unemployment rate is lower than average, sitting at a respectable 5%. Compared to the U.S. average of 6.0%, this is quite good. The employed population of Annapolis is about 21,000 strong, reflecting the city's relatively small size.

Economists also predict future job growth in Annapolis to be about 31% over the next ten years, just slightly lower than the U.S average of 34%. Using its Economic Development Strategic Action Plan, the city hopes to continue building a diverse economy that can stand the test of time while not compromising Annapolis' unique characteristics.

While the income tax in Maryland is somewhat higher than in other states, Annapolis' economy fares better than most others. With high salaries and low unemployment, Annapolis can offer plenty of opportunities for well-paying work.

Annapolis, MD, has carefully crafted a diverse economy based on the maritime, tourism, and public administration industries. Local businesses and government offices are the backbone of Maryland's coastal capital and support relatively high incomes and low unemployment in the area.

Living in a beautiful waterfront home in Annapolis and waking up to views of the Chesapeake Bay is a dream of many, and understanding nearby economic prospects can help determine if the city is a good fit. However, raw economic data is just one factor to consider when choosing to move to Annapolis.